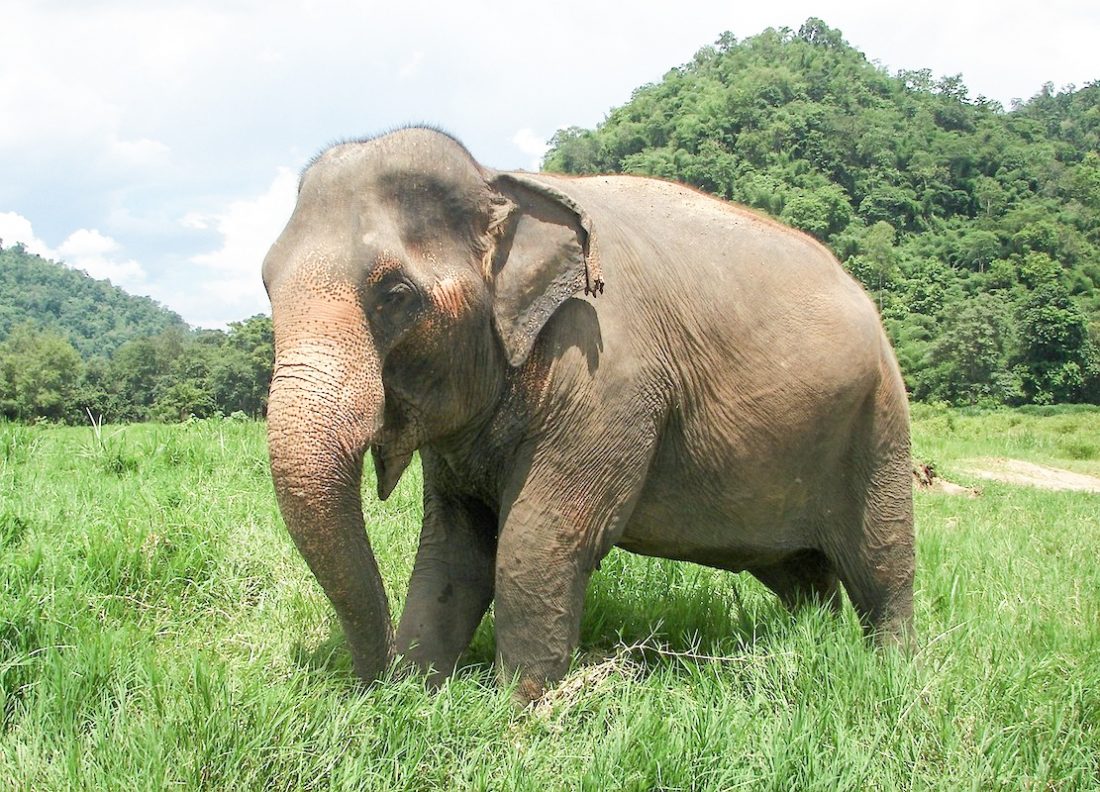 Warning, this post contains a sensitive subject matter and imagery on the shocking news that an elephant was killed from eating plastic waste.

Plastic pollution is an environmental disaster. As a direct result, plastic ingestion has been found among tiny shrimp in six of the world’s deepest ocean trenches to the largest land mammal, the elephant. Moreover, recent autopsies have found wild elephants dying from eating plastic.

A male Asian elephant weighing about 3.5 tonnes and aged around 20 tragically died in Khao Khitchakut National Park in Chanthaburi province, Thailand. An investigation found the cause of death to have been plastic bags and other plastic waste. These items caused a blockage and infection in the elephant’s intestines and stomach, causing its death. Unlike humans, wildlife is unable to easily distinguish between what’s edible and what’s not.

“How many wild animals need to die in order to raise the conscience of some people?” exclaimed Varawut Silpa-archa, the country’s minister of Natural Resources and Environment, in a Facebook post in a reaction to the killed elephant.

Tragically, it is thought that the elephant was killed from eating plastic waste left behind from visitors who had come to admire the park’s natural beauty and wildlife.

“Say No” to single use plastic

The Thai government has launched a “Say No” to a plastic bag campaign, banning the use of plastic bags in supermarkets and convenience stores nationwide since January 2020. The ministry said the campaign was put in place to reduce the disposal of 3.75 billion plastic bags per month in Thailand. As a result of its success, Thailand is now in a better position. It’s gone from number 6 to 10 on the scale of the world’s worst plastic waste dumpers into the sea.

“People are still being deaf to our campaign,” Varawut Silpa-archa said. “We have found the loss of other animals caused by the plastic bags, with the latest case of the poor wild jumbo. Please help us by not leaving any plastic waste inside the park.”

In conclusion, this tragic death must act as a wake-up call on the impact of littering plastic on the wildlife that inhabits our natural world.

Does this surprise you? Leave me a comment below and let me know. For more stories on animals and plastic, check out this blog on how plastic can be dangerous for dogs to chew.

If you’ve found this blog helpful, you can support me and the site by buying me a cup of tea (I’ll put it in a reusable mug, of course!) or follow my blog with Bloglovin. Your support means the world to me!