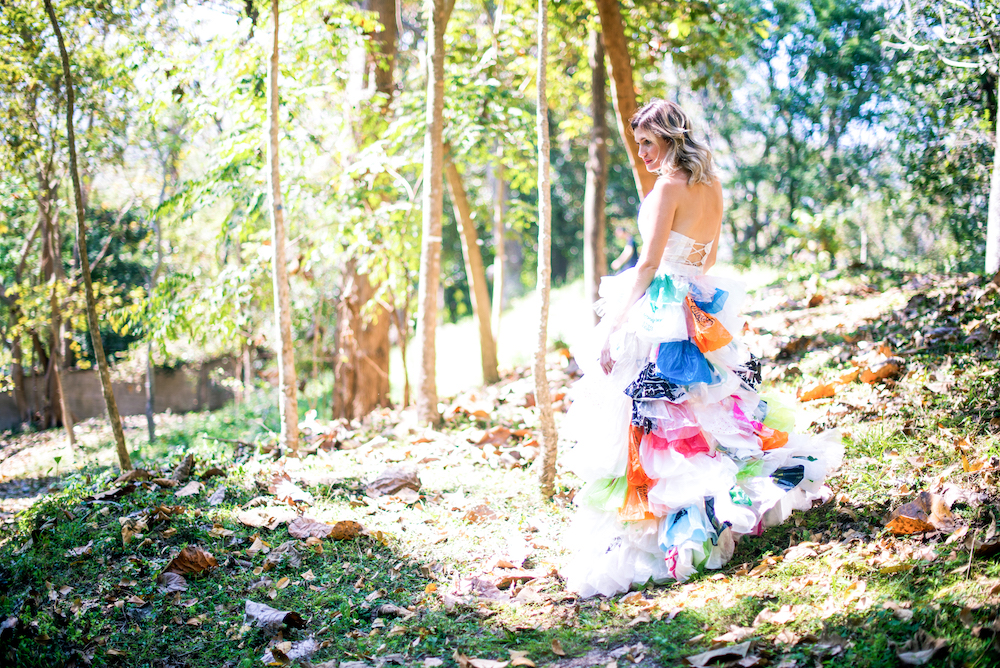 We’ve all been there: whether you’re bombarded with ads for clothing sales on social media, or you pass by a sale rack at the store, the temptation is real. It’s hard to turn away from that instant gratification – but it’s important to. According to Sustain Your Style,  190,000 tons of textile microplastic fibres end up in our oceans every year. Additionally, 5.2% of the waste in our landfills is textiles. Today, the average lifetime of a garment is only three years.

A lot of people don’t realise it, but 60% of our clothing contains plastic microfibers. It’s hard to believe, but every time you wash a garment made of synthetic materials like nylon or polyester, about 1,900 individual microfibres are released into the water system. These microfibers eventually make it into our oceans. Small organisms ingest the microfibers, and as the food chain continues to do its thing, microplastic is eventually eaten by the fish we eat. Microplastics have now been found in our rivers, lakes, oceans, and even our tap water. Though this issue is too new to know much about the effects of consuming microplastics, one study suggested that microplastics can contain harmful microbes. A study in Singapore found over 400 different types of bacteria on 275 pieces of microplastic.

Choosing natural materials is a great step towards sustainability. While synthetic fibres are man made via a process called polymerization, and often containing plastic, natural fibres come from the earth. Synthetic textiles to avoid include rayon, nylon, polyester, spandex, and modal.

Before plastic came about, natural fibres were the only source humans used to make clothing. In fact, for thousands of years, we only used natural fibres. So what are they? When flipping through clothing racks, look at the fabric content tags for things like:

Natural fibres aren’t completely without issue. Though cotton production faces several issues, one of the biggest is water consumption. Globally, the average water footprint of seed cotton is 3,644 cubic metres per ton – roughly 1.5 Olympic swimming pools. Like many other crops, cotton production can use fertilizers that can impact drinking water. In fact, in 2009, it accounted for 6.2% of global pesticide sales and 14.1% of insecticide sales for all crops. Additionally, the cotton industry has a history of forced and child labour, low incomes for small farmers, and price volatility. Luckily, there are sustainable or organic cotton producers who work to address these issues and produce cotton responsibly.

Here’s the thing: sustainable organic cotton can be pricey. If you want to shop new and have the money, it’s definitely worth supporting. With that in mind, secondhand will always be the best option. Think of it this way: by buying something new, you create a demand for more new textiles. When you buy second hand, you’re taking away that demand, and shopping from clothing that already exists. If you’re on the market for something specific, shopping for natural fibres is a great option. If you have the time, or just want to browse – secondhand is the most sustainable choice. Consider your local thrift stores, or shopping on reselling sites like Poshmark, Mercari, and Depop. Most importantly – stay informed on the microplastics in clothing, the importance of natural fibres, and do your best. Going plastic free is a marathon, not a sprint.