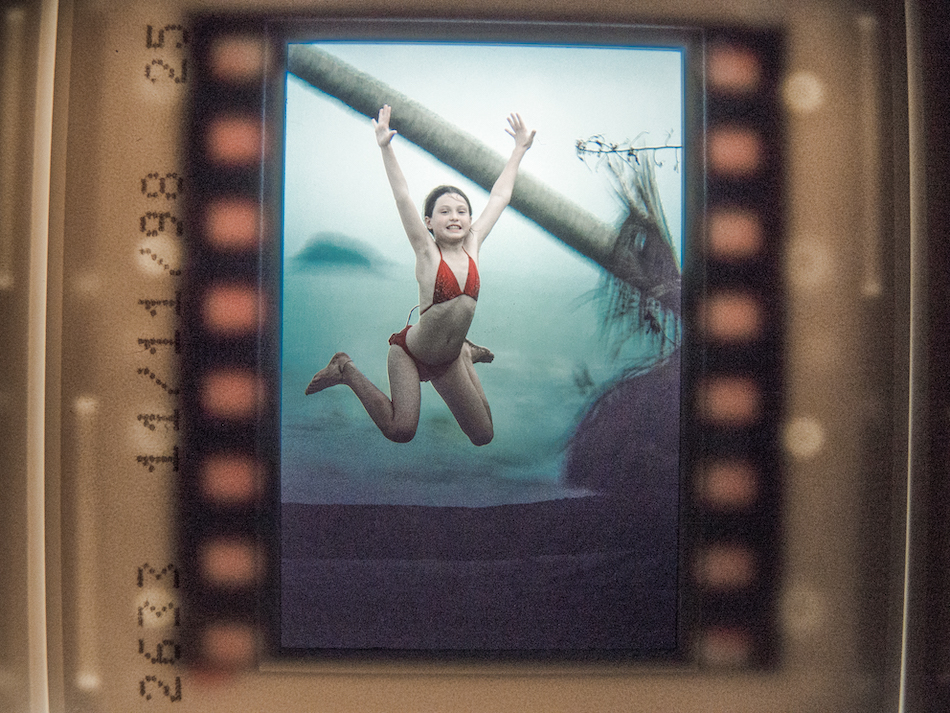 For Fashion Revolution Week, one of the main campaigns is ‘Loved Clothes Last’. We were all encouraged to share a love story with an item of clothing that we’ve had forever. For this, I chose a bikini that was gifted to me at seven years old, which I still wear today.

As a young girl, pictures of me playing in the water are either naked or in a cloth nappy, or, later, a swimming costume. My parents were not keen on kidswear bikinis.

In summer 1997, my family and a group of our family friends organised a big camping trip to the Isles of Scilly, Cornwall. It was here that my friend’s Mum asked if I wanted a bikini which no longer fit her. I was ecstatic. Finally, I had my very own two-piece.

In 1998, I packed the same bikini when I visited Nevis. I’d lived in the Caribbean as a baby until the age of one and a half. My father worked on the Island, so I was very excited to see it. Despite my mother saying the bikini was ballooning and did not fit, I insisted it did. I remember feeling so grown up as I wore the bikini swimming in the warm sea and jumping off of a fallen palm tree.

The label says it’s 100% cotton and Made in Thailand. A country I lived in for three and a half years until last year, and it was like the bikini had gone full circle as it came with me on my Asia adventures back in 2017.

When I was asked to write this story for The Guardian, it was interesting to see how sexualised the bikini has become. I needed to provide a then-and-now photo. For the then picture it’s a childish, excited, jump that’s is very playful and innocent. As a woman, a bikini shot has a different connotation. With the new photo, I felt conscious, trying not to make my pose too promiscuous, too naked or offensive. It made me realise how, despite it being the same bikini, the perception has since changed.

The Guardian article merged the poem that I wrote about the bikini, which is more cheeky and playful, with an additional text to accompany it. This has made the final story more sexualised than I would’ve liked, but that’s journalists for you. Despite this, I found the article very touching, reading the individual’s personal stories about their favourite items was heartwarming.

A post shared by Plastic Free I Mia Hadrill (@aimplasticfree)

My ‘Loved Clothes Last’ story has played out for over twenty years. I’ve grown up with this bikini, and as my womanhood developed, the bikini grew with me.

You can join in and share your own clothing ‘Love Story’ by writing a love letter, poem or essay about your most well-loved boots, lived-in jeans or that jumper that’s been passed down from generation to generation. and Share your story it with #LovedClothesLast.

The clothing revolution begins within our wardrobe, cherishing the items we already have.